Inspired by Lego's leaked new set featuring an exploding gas pump, I decided  to see if I could whip up a proper alternative. 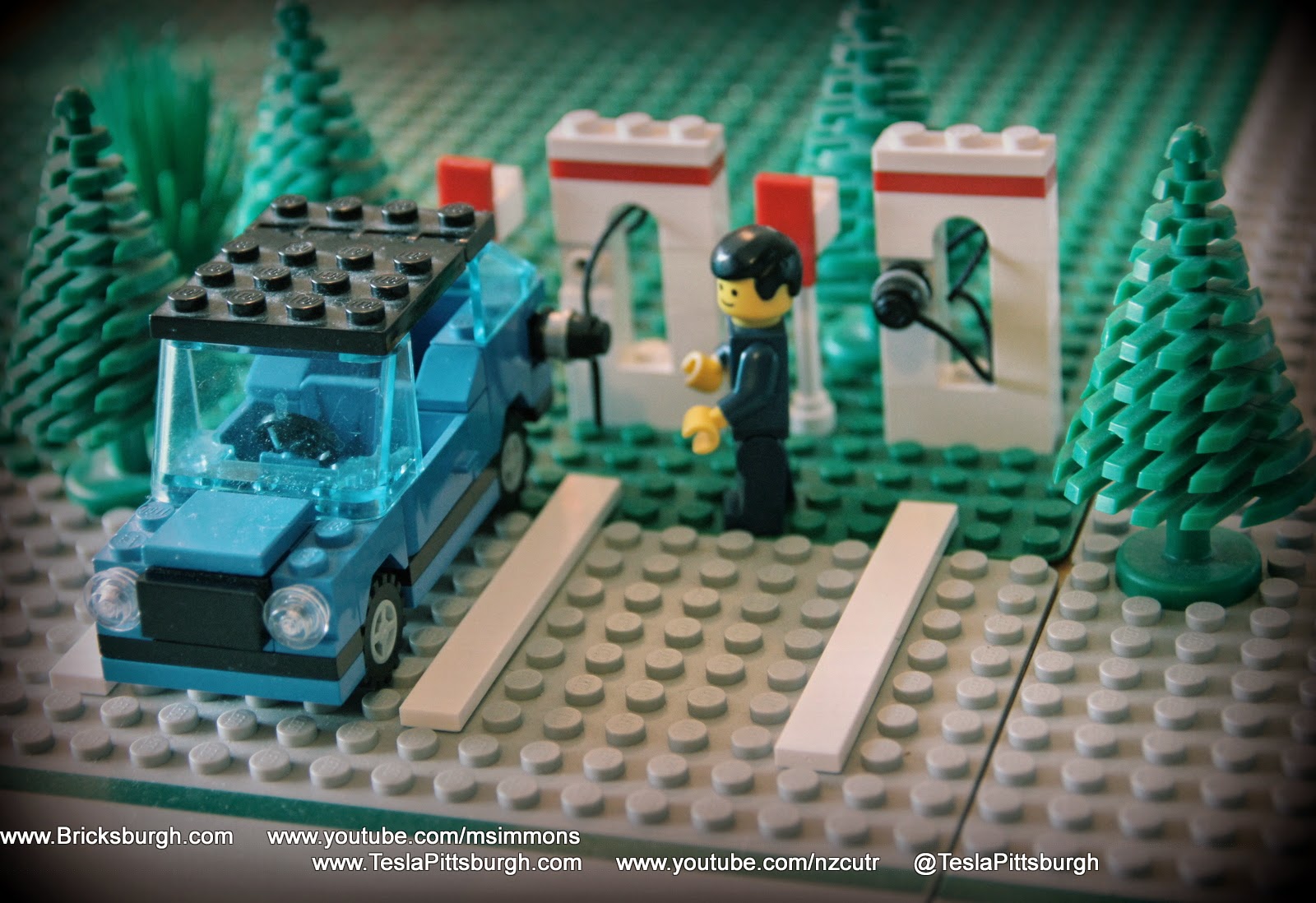 Fortunately, I didn't have to look very far for inspiration... as we have a Tesla in our garage!

Don't worry, I doubt there will be very many cross-posting opportunities between this blog and our other blog but this was an appropriate followup to our last post.

Quickly making a Supercharger wasn't that difficult-- but I think you can definitely expect to see an update to this first design.  Some special "Tesla" decals will get made (probably in red type and replace the red stripe) and we'll probably refine the pedestal itself.  The red signs need a nice "T" on them too.  Overall though, I think it bears a strong enough resemblance... I'm pretty happy with it! 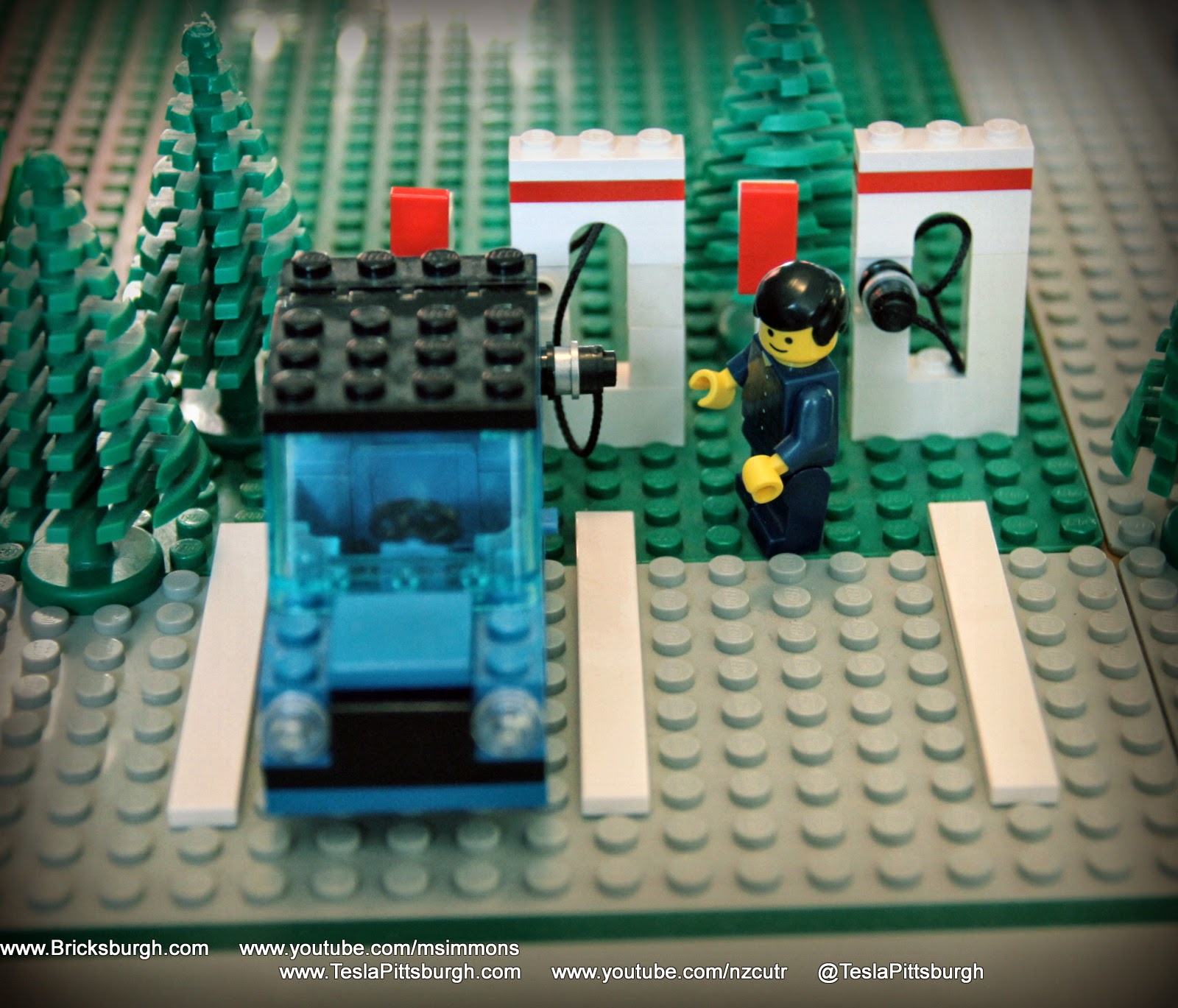 Of course we couldn't just put in a Supercharger without a Tesla...   and this isn't a great representation of one.  Really it's just a car we already had that I hastily changed.   The front grill was replaced with a flat nosecone, the taillight assembly gained a charging port, and the rear fender's "hips" were beefed up a bit.   Unlike the pedestal, this was a less successful interpretation into Lego.

The Tesla is a curvy, sexy beast of a car with flowing lines and a low profile.  Designing a minifig scaled 4-stud-wide car that captures that will be... a challenge.