A Little Help from the Future

While digging around in some minifigure parts bins,
I found enough pieces to make some old style Lego
Spacemen. I wanted to give them some more gear,
but then I remembered that their original gear looked
like the grey piece the guy in the foreground is holding.
A thought occurred to me:
Who are these guys' futuristic counterparts? 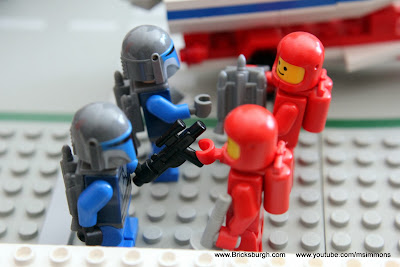 The Malordians probably aren't exactly the same, but they
do use the same sort of gear as the spacemen. 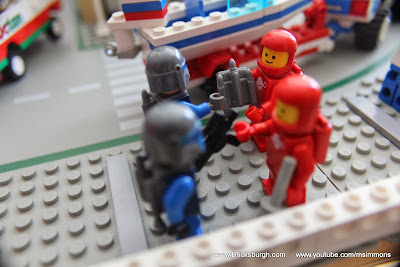 Now, the spacemen will use the jetpack piece instead one
that looks like a scuba tank. Now, instead of elements
that look like microphones, they use real blaster guns.
Moving into the future, one utensil at a time.

Thanks for visiting us here at www.bricksburgh.com and check out the videos on our YouTube channel at www.YouTube.com/MSIMMONS.
at 10:20 AM