ARG! What Strange Lands Are These??

Often when I empty camera cards I find evidence of adventures and stories captured on our cameras by the kids.  This was a great expedition that Tyler created and photographed all on his own: 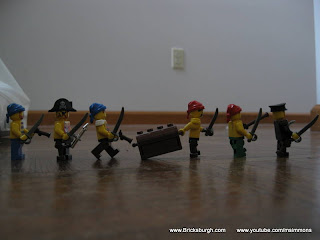 We've moved into the new house and while the Legotown remains in boxes, the Pirates have escaped.  Eager to plunder and pillage their new land they set out on an expedition around the new house-- what great discovers and adventures would await them?


First they traversed the front hallway heading for the stairs. 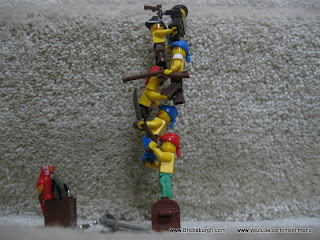 Stairs are a BIG cliff to little pirates. 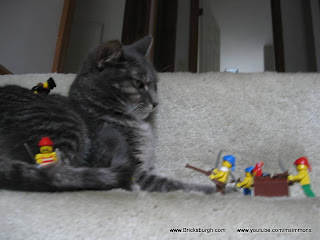 CATZILLA!  First they try to tame and appease the renowned monster. 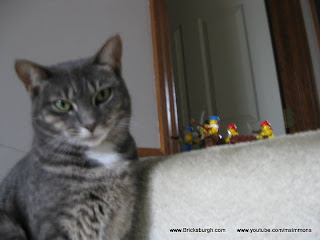 Catzilla is underwhelmed with their offerings of low-ranked pirates and treasure. 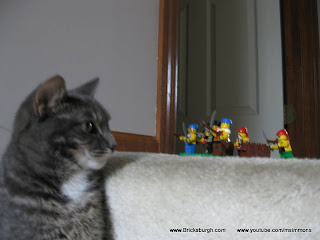 To arms!  The pirates fire warning shots at Catzilla and start their journey across the vast second floor hallway. 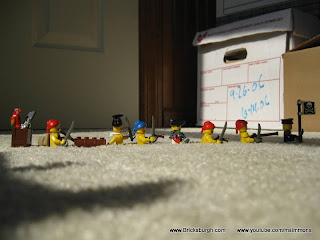 Unlike the smooth wood floors they started on, the deep carpet of the upstairs bedrooms threaten to overwhelm the pirates.  They do discover an enemy soldier who had been hiding near the linen closet and take him prisoner. 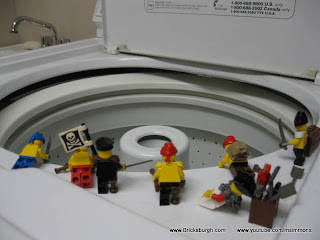 The second floor holds all manner of spell-binding mysteries, like the vast canyons in the laundry room.  The pirates hoped to find more treasure hidden inside but all the saw was smelly underwear and socks.  Resisting temptation to push the soldier in, they press on towards distant daylight. 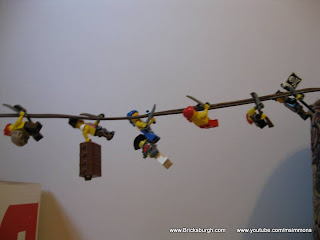 The journey from laundry room to the province of Tyler's Bedroom is arduous (especially for the yeomen tasked with hanging on to the treasure chest and the soldier). 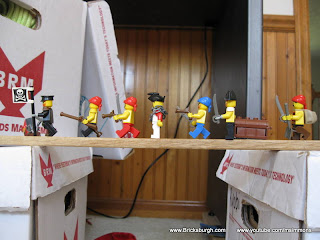 The pirates continue their quest.  The daylight is close at hand but the trip will be difficult. 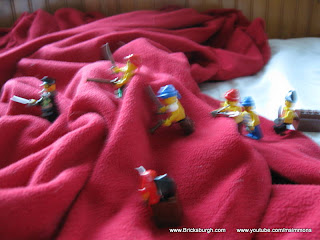 Crossing the great Red Fleece Ridges the pirates are growing weary despite the nearness of their destination. 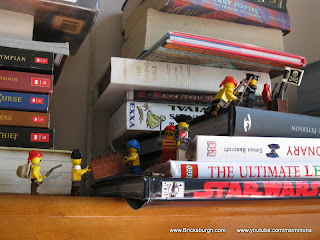 The Cliffs of Literacy are a great peril with great promise.  Climbing their square outcroppings requires great determination. 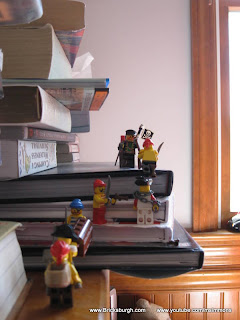 Nearing the summit, the sunlight is becoming brighter.  The greasy faces of tired pirates begin to smile as their escape from this strange world nears. 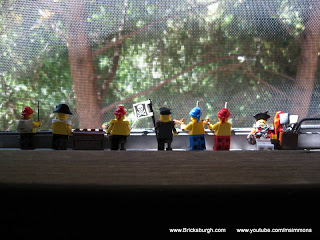 Shiver me timbers!  This is no escape!  The pirates collapse in despair as they discover they will still be prisoners in this strange land...   as they were in the last.    ARG!!