Getting Medieval in New York

We spent our Thanksgiving holiday in upstate New York.  As usual the kids availed themselves of their uncle's vintage Lego sets-- specifically the King's Castle #6080 and the Forestmen's Hideout #6054.  We just posted a video tour of a battle scene that Tyler made which you can watch below:


For more detailed pictures of the scene, keep going! 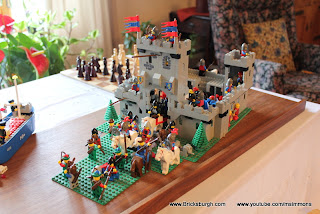 The main castle is stored and moved about on this wood board.  Here's a good overall view of the battle scene that Tyler set up. 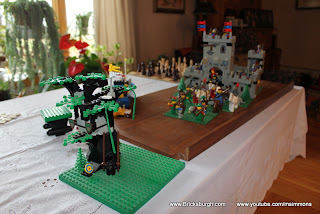 The Forestmen's Hideout is completely emptied here as they engage the castle forces. 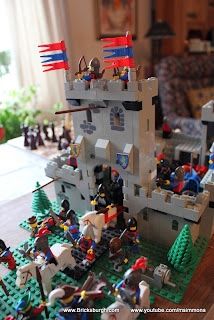 The castle forces flood out of the drawbridge to meet the attacking forestmen. 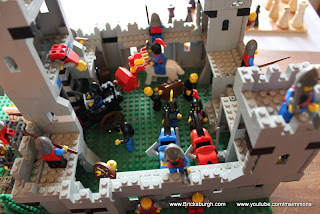 Meanwhile inside the fortress, the king's men move the tax money treasure test to a vault in the walls. 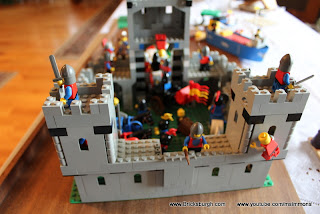 A spy is checking out the security on the back side of the castle. 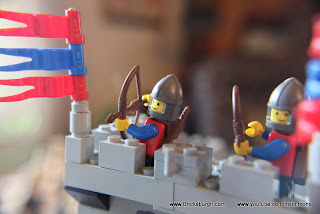 Archers on the main tower unleash their arrows on the battle below. 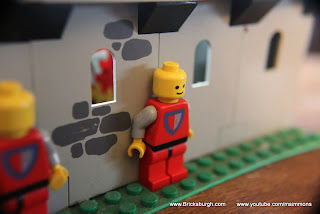 Spies sneak along the side walls, looking for an advantage. 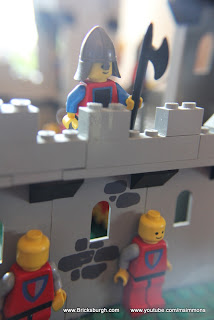 The guards on the overhanging ramparts above are oblivious to the spies below. 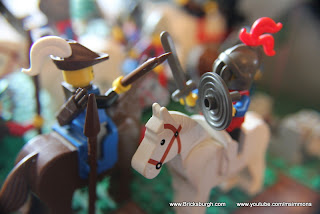 This is the medieval version of a jeep versus a tank. 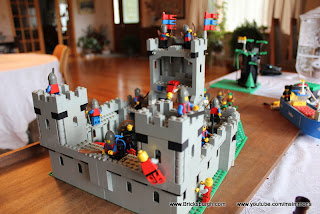 An overall view of the backside of the castle set.  It can be cleverly folded out on the mid-structure hinges. 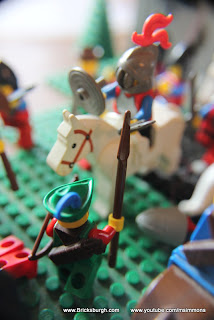 Only with a spear can a foot soldier hope to prevail against mounted calvary. 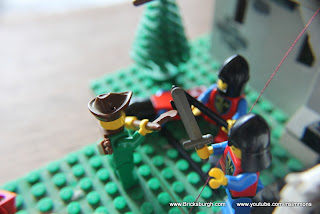 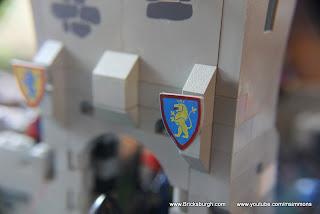 We just love the nice coloring on these vintage Lego shields. 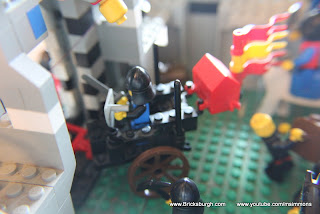 After the treasure is unloaded from the wagon, it will attempt to make it through the forestmen's blockade. 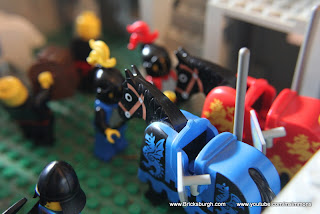 The knights' horses are beautifully marked/dressed as their attendants ready them for battle. 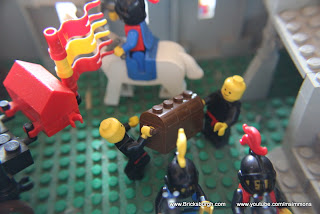 The treasure room is safe under the back guard tower. 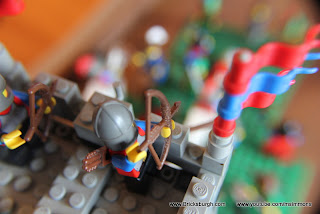 The tallest tower gives the archers a great vantage point on the action.  This is medieval "air superiority"! 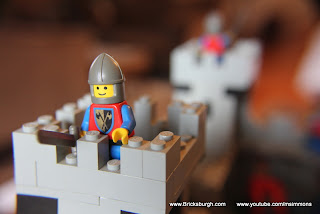 This soldier needs a bow and arrow.... a sword isn't of much use way up there. 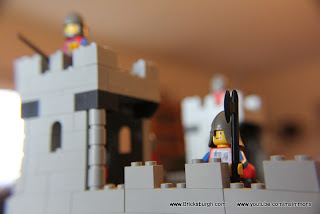 Guards watch over the side approaches of the castle. 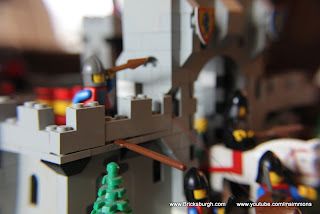 This guard is "returning" a spear to the forestman who threw it at him... 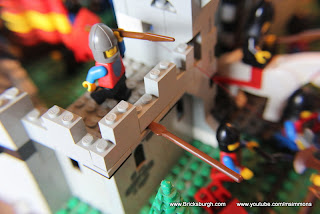 ...another spear lies jammed into the brick walls of the castle. 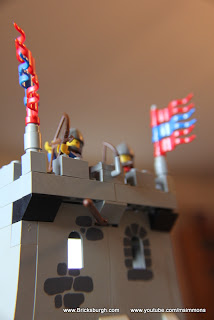 Some forestman has a great arm-- look how high his spear went! 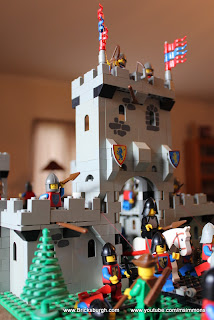 A ground-level view of the battle shows the castle at one of its best angles. 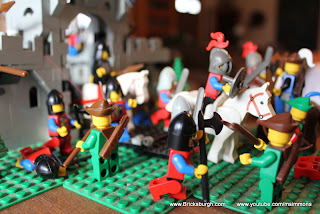 Who will win?   Who knows?  I think we returned home before the battle was won.

Thanks for visiting us here at www.bricksburgh.com and check out the videos on our YouTube channel at www.YouTube.com/MSIMMONS.
at 7:59 PM