Here's a look back at our 2nd Harbor (we are now building version 4 on the new tables). 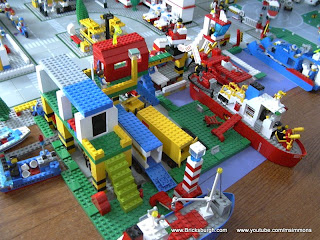 It had some very interesting features and a VERY disastrous end!
The Legotown Harbor- a place where imported goods that provide for the citizens of this coastal city would arrive.  In addition to docks and truck parking, the harbor had raised offices.  The red building was home to the harbor master.  The white building was used by lots of different people for different things.  It was sometimes apartments and once it was even the temporary home of the TV station! 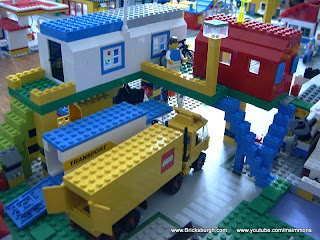 Trucks are present at the harbor to pick up or deliver the goods to the places they belong. 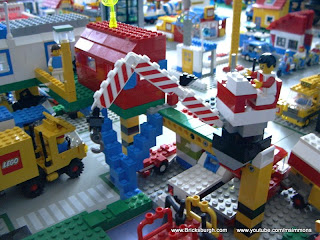 There is a crane that can lift crates out of the ships on to the pier so that they can be loaded into the trucks.   It slides on a large support beam that also holds up the offices. 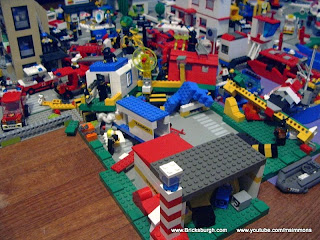 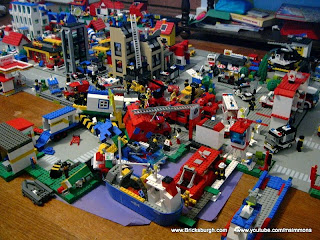 The supports that held up the elevated offices
were always weak. During a small storm,
they gave way and the offices collapsed. 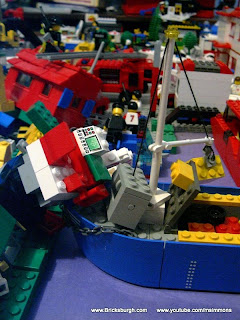 The crane and the harbor master's office tumbled into the ships and the water. 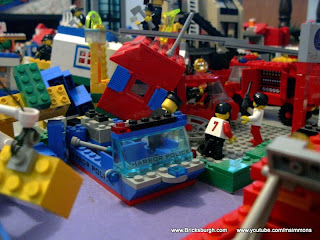 Many boats were damaged because the debris fell on them. 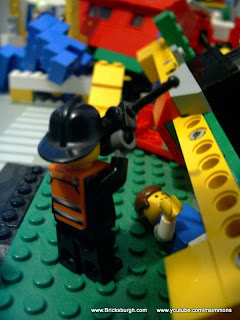 Many people were trapped under fallen structures and had to be rescued. 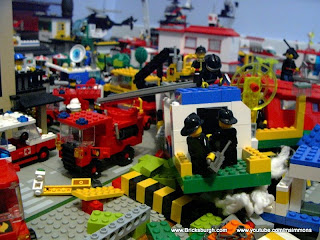 Rescuers had to search all through the rubble for survivors. 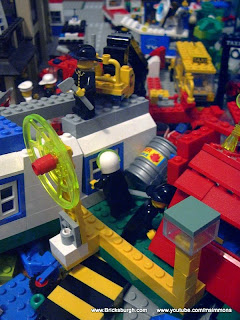 People were found trapped inside of the collapsed buildings, so the
Fire Department had to get them out. 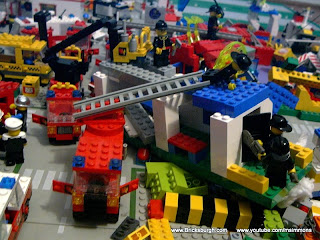 Luckily, with a good chainsaw, anything is possible. 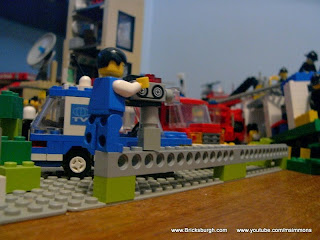 Media swarmed the area trying to get a good story to put on the news-- you can see their new TV station in the background.  They moved out just in time! 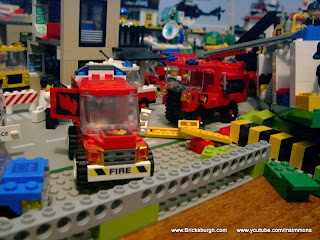 The entire fire fleet came to help out. 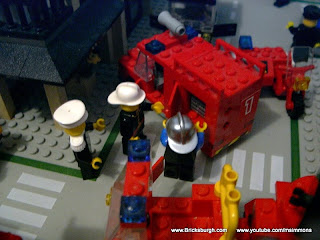 The fire chief and the police chief talk strategy at their command post. 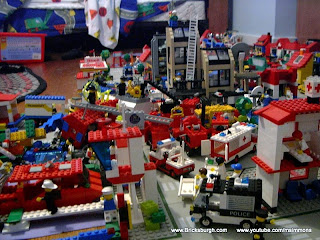 The whole disaster closed off most of the downtown area. 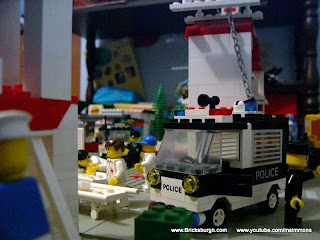 Police blocked all the roads. 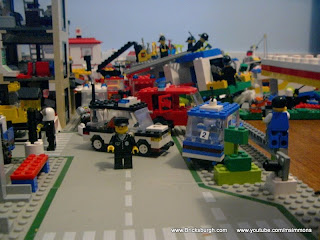 These policemen blocked off the streets to prevent civilians from getting in the way. 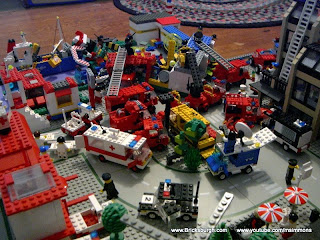 The town square was full of emergency vehicles and workers. 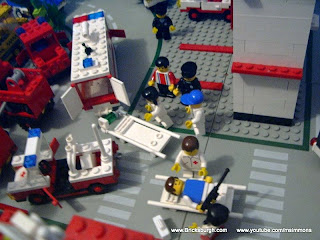 Soon ambulances arrived to take the injured to the hospital for treatment while other doctors just ran to the scene.

Thanks for visiting us here at www.bricksburgh.com and check out the videos on our YouTube channel at www.YouTube.com/MSIMMONS.
at 10:28 AM