Can You Hear Me Now?

Communications are a vital part of a vital city service: the police department.   Recently there was quite a crowd gathered up on the roof of HQ trying to get some new equipment installed. 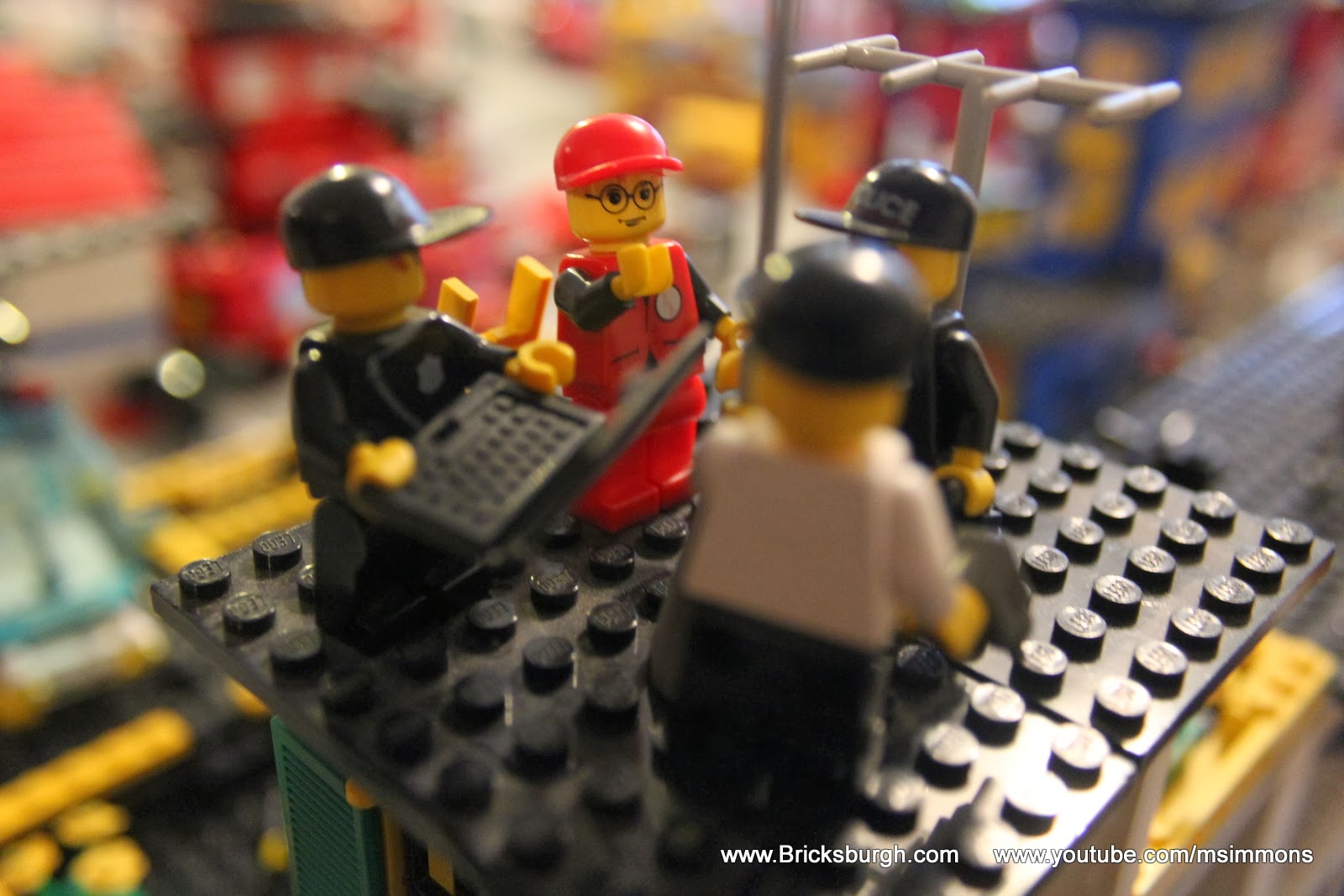 Normally a job like this would only need one guy-- but not in Bricksburgh!  What are all these guys doing up there?! 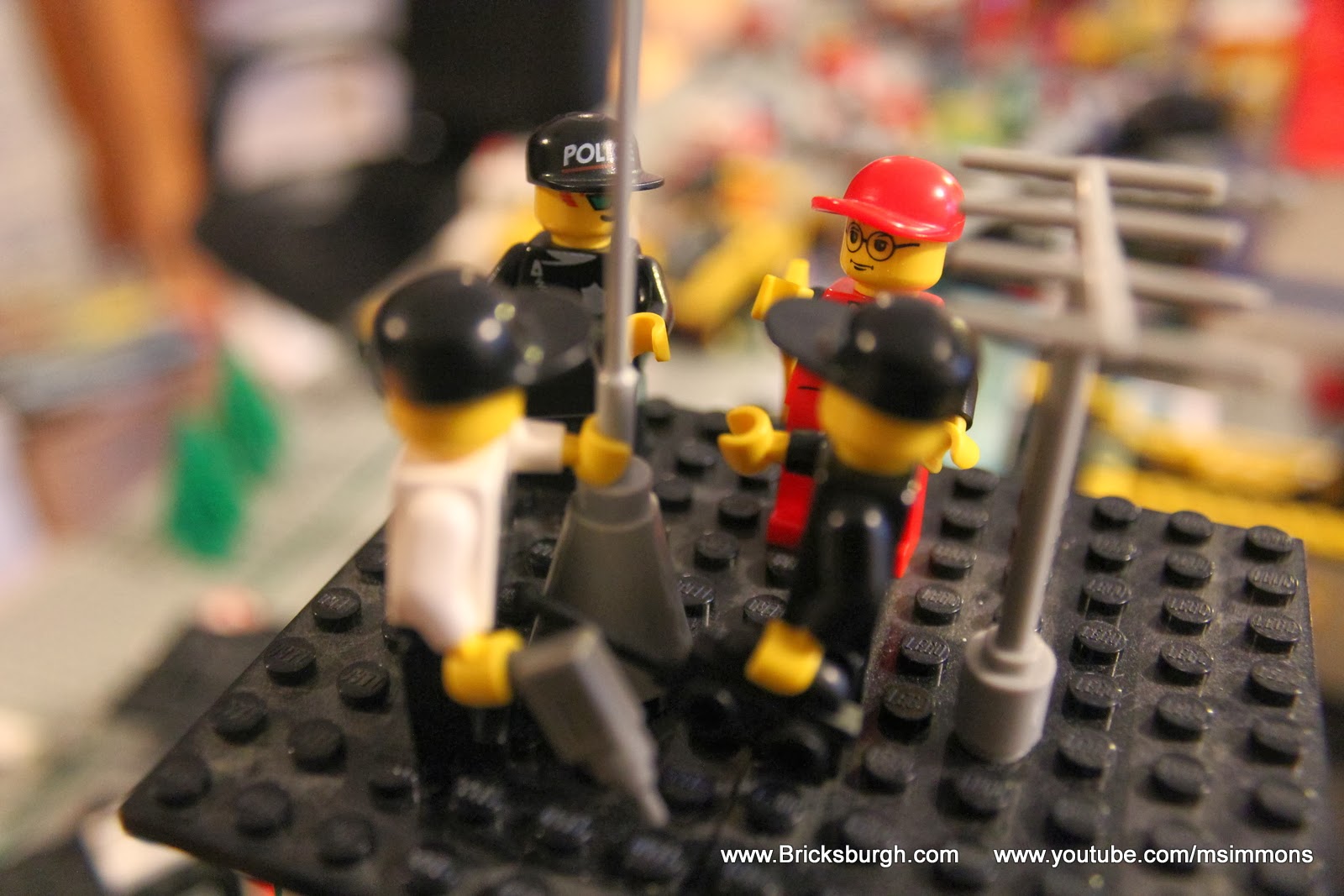 The antenna on the right is just a receiver for TV and radio signals.  The larger/taller antenna is the on the police are having installed on the roof.  It will also be used for the mayor's office (as he is protected by a plain clothed police officer, who drives the limo).   This antenna is primarily a repeater for the 911 system and also the main antenna for the police department's radio communications. 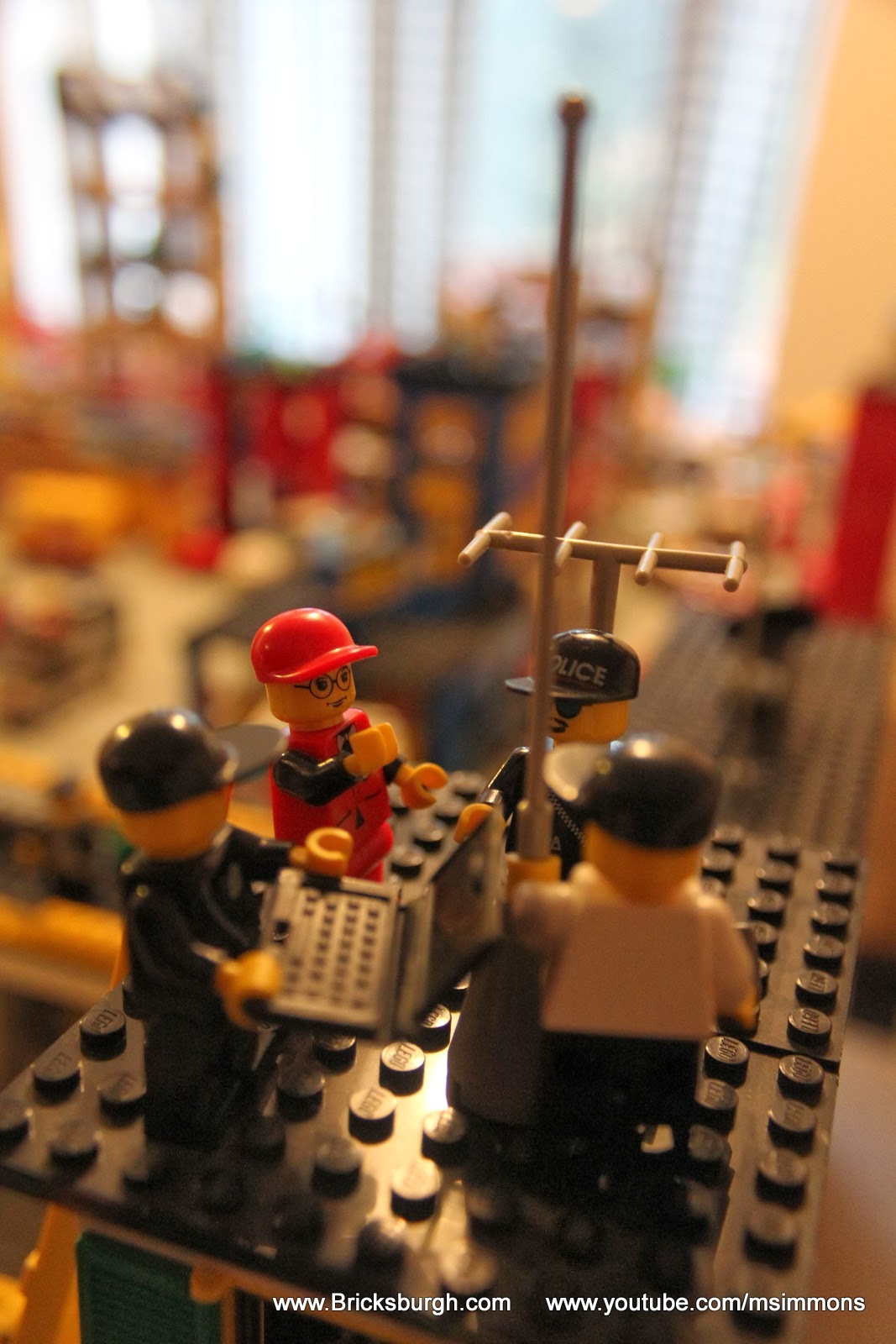 Anytime equipment is installed or repaired on a city building there are multiple people involved and this is no different.  The man in red is the TechMan.  He's the expert on computers and networking in Bricksburgh.  The two police officers are there to make sure the connections are working by testing the transmitter and running it through all the frequencies the department uses (detectives, air patrol, traffic patrol, mayor/VIP detail, and with other city services like the fire department/EMS). 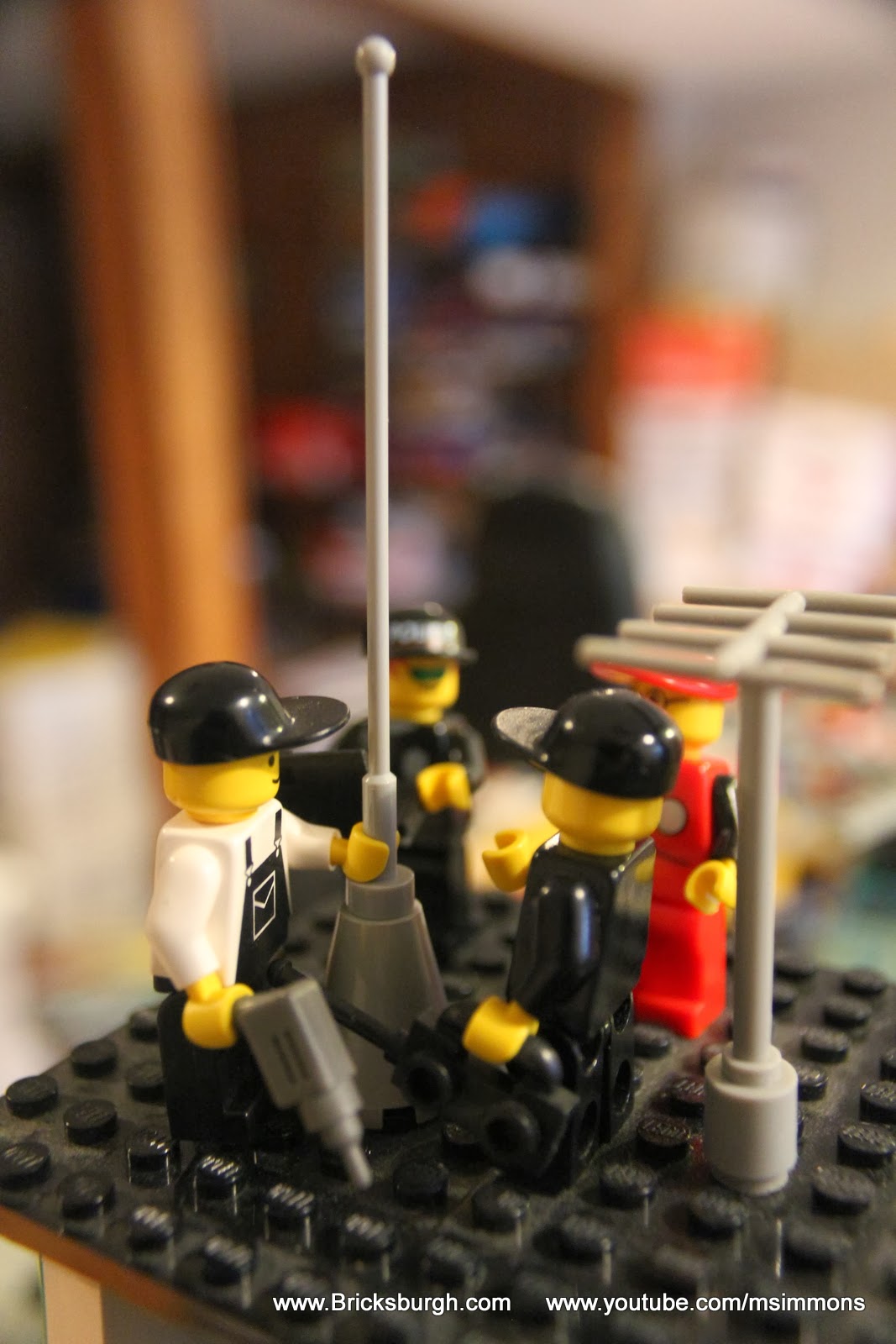 The fellow here in the black overalls with the drill is a city maintenance worker.  All city property is maintained and improved by the city's own employees or direct contractors.  In short, the actually physical installation of the antenna itself is done by the city worker, the TechMan does all other connections (electrical, network, transmitter), and the police officers verify the system is operational.  Since the system is so important, it must be signed off as functional by TWO police officers to make sure there are no mistakes.