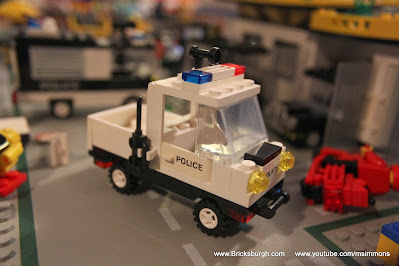 Still catching up some old posts and wanted to show you how we "prototype" new vehicles and show you a police truck we developed.
As you watch the video above, I want you to not the color scheme of the police vans versus the police cars. Their livery is quite different, but complementary. The police truck shown here was kind of a third color design and, frankly, didn't fit in with EITHER the vans or the cars. 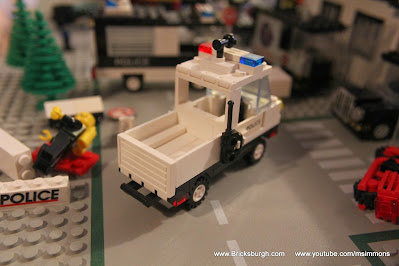 This version of the police truck is basically ALL white with just black on the undercarriage and hood... a combination not seen on any other police vehicle we have. 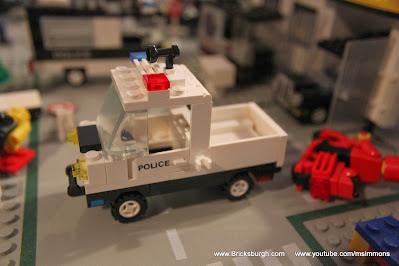 So while the initial police truck was mostly white, we eventually adapted the color scheme to have a stronger mixture of black so that it would look complementary to the rest of the police fleet. It's still actually a third design, but since it's a different type of vehicle as well, we think it works. 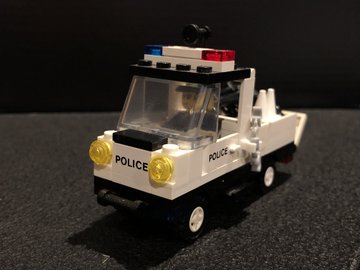 Here you can see the final design and how it compares to the earlier video and the color changes we made from the first finished version. The cargo bed was also made 2 studs longer for reasons I'll explain:
Now, you might be asking, why does a police force need a pickup truck?
In a lot of places, pickup trucks are used for everything a normal police car does. They're rugged and great at carrying lots of gear. In our town, the truck is used more like an auxiliary police vehicle and for hauling things like barricades and equipment. 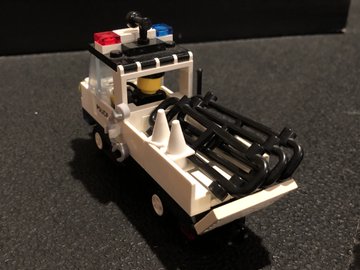 If a big accident or fire has closed a road, they can send barriers in the police truck. The frees the patrol cars back up to resume their patrols and the police truck provides the visibility and barriers to keep the scene safe. In our area we actually have "Fire Police" who perform this function-- but in Bricksburgh the police use this pickup. 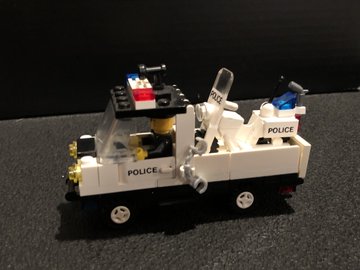 The police truck can also retrieve police motorcycles when they break down and/or be sent out to change motorcycle configurations from sidecar (or not). We also consider the police truck sort of a mobile mechanic for the other police vehicles, delivering new tires and doing quick repairs like that. 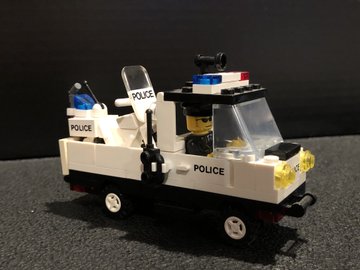 Thanks for visiting us here at www.bricksburgh.com and check out the videos on our YouTube channel at www.YouTube.com/MSIMMONS.
at 6:27 AM