We've acquired a lot of the Racer sets over the last few years.  While only slightly more expensive than Matchbox/Hot Wheels cars they're better because you can change the cars' designs around and, of course, when they crash you can "damage" them. 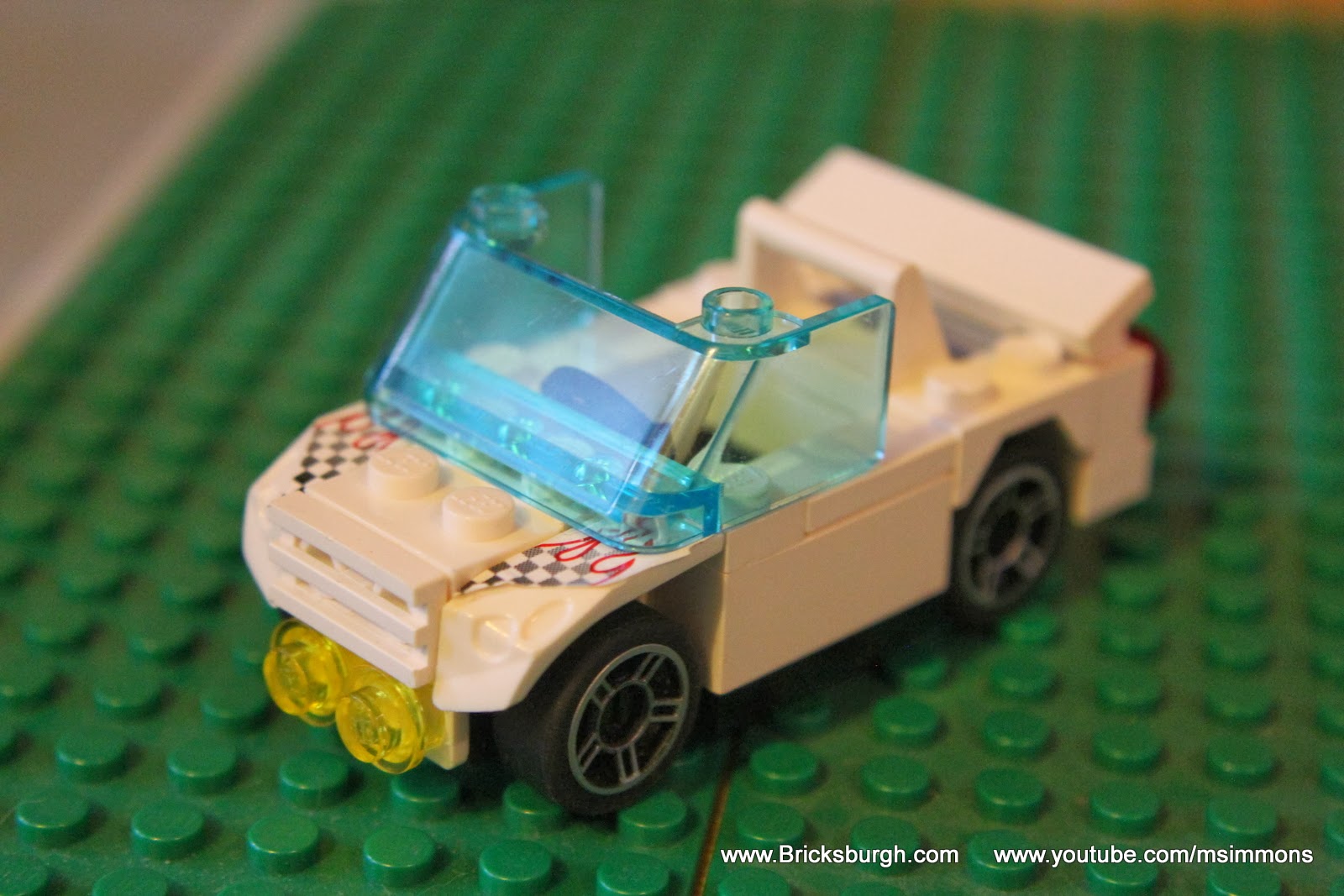 The only downside is that you can't put a minifig in them...  and their wheels are set too wide to match the rest of the Bricksburgh traffic.   So, we had to adapt them.
The most distinctive piece of the Racer heritage to this car is the front fender assembly.  It has those characteristic molded in headlight divots and the chrome 5-spoke wheels lurking underneath.  Adding more headlight pieces isn't really possible without problems because the lower edge of the fender piece doesn't allow for putting a wider support across the bumper area of the nose.  So on this car we opted to just mount some fog lights low and slap on a grill.  Adding parts to the top of the hood only made it look more clumsy than leaving the studs up there uncovered. 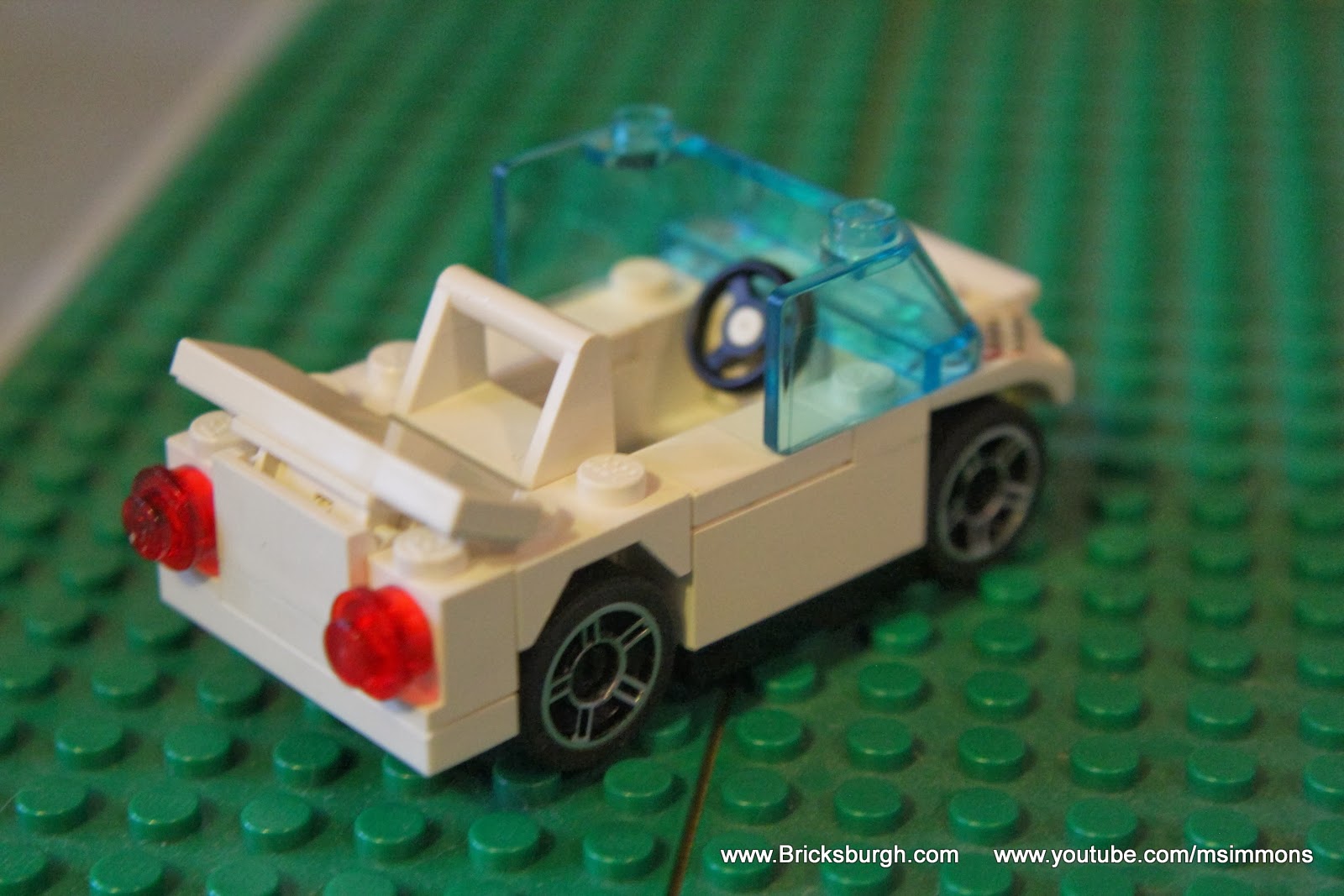 Creating room for the minifig isn't that hard but the results are a little mixed.  The car is very low-slung so adding a seat would put the minifig too high and pretty much any windshield taller than 2 bricks looks ridiculous.  The downside to the shorter windshield and shallow chassis is that when a minifig is in the car he/she is generally looking OVER the top edge of the windshield.   Adding a roof is out of the question-- it just doesn't look right with that stubby nose.  To define the seat area (without a seat) we used a roll bar piece and stuck a spoiler on the back.

Overall the car looks pretty good when parked.  It's sporty and compact but even though the windshield is the same size it doesn't look anywhere near as good as our more-minifig-friendly Porsche 911:

Thanks for visiting us here at www.bricksburgh.com and check out the videos on our YouTube channel at www.YouTube.com/MSIMMONS.
at 12:02 PM