Most of the citizens of Bricksburgh are good people but occasionally one them will end up on the run from the cops. This man must have committed some crime. (Maybe he's a stud dealer or a bricknapper.) Either way, he got himself into a police chase, but the police have a a good and effective method of stopping him. 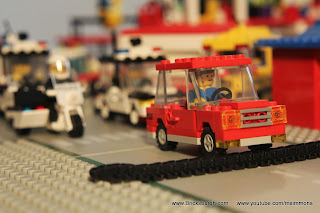 Like many police high speed pursuits, this chase is about to come to an end thanks to a spike strip. 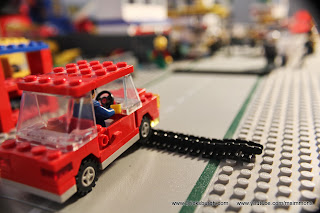 And if the spike strip doesn't get him... the barricades at the end of the street will! 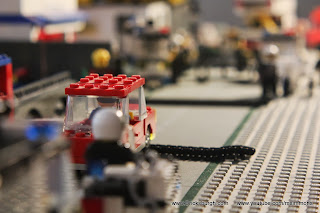 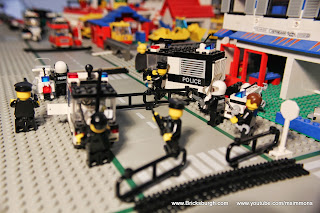 Oh yeah, these guys are ready.  I think the plan is for the car to stop before it gets here-- but there are two more spike strips go snag the bad guy on if he tries to keep going. 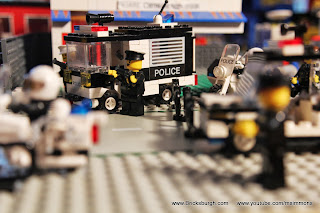 The chief's mobile command van is here-- he must be inside making the plans. 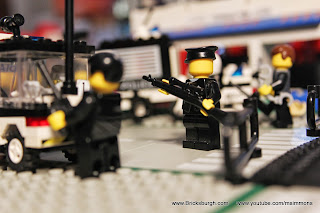 The guy in the middle of the road with the sniper is supposed to be on top of a building of leaning out of window or something, but the chase got here before he had time to get in place. 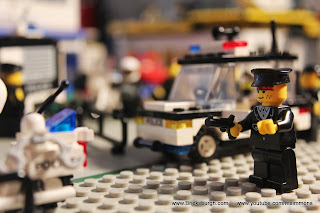 Looks like this must be one of the younger officers-- is he wearing a bandana under his hat?! 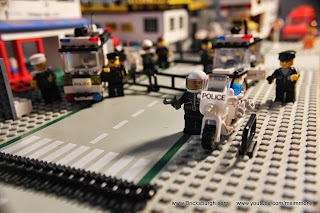 I would not think I could get through this barricade if I were a bad guy. 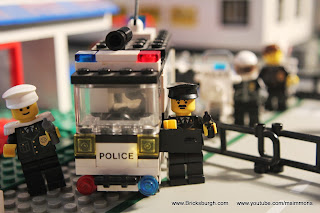 These two guys are the chief of police (left) and his body guard standing in front of their van.  Even the chief is ready to shoot. 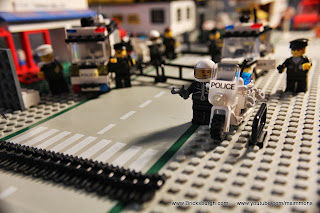 As you can see, with all the barricades and cops with guns, there's no way this guy could get past them.