Take the Money and Run

One of the joys of having a large town and two kids who are camera savvy is that I find surprises quite often.  Depending on what's going on, I generally "empty" the various cards from our camera arsenal about twice a month.  Almost always I find interesting pictures on them that only the kids could have taken.   Today's sequence of pictures are from an ATM theft and police chase that Tyler set up and photographed.   I never saw this set up -- I only found the pictures over a week later, but the story speaks for itself: 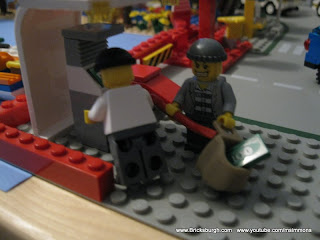 Looks like today, crime DOES pay.  These guys are making a withdrawal. 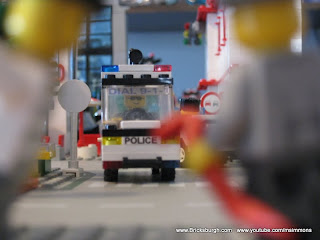 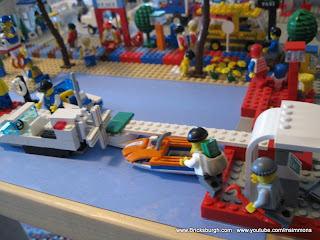 One thing a police car can't do is SWIM -- so the docks make for a great escape route. 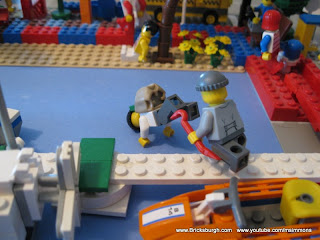 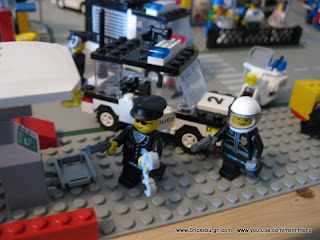 The police are in full pursuit now -- weapons drawn and handcuffs ready. 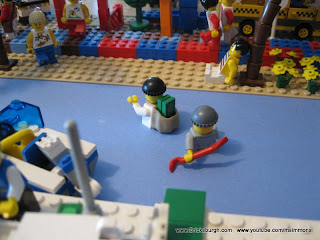 The bad guys are already halfway to the beach though -- they've got a big head start. 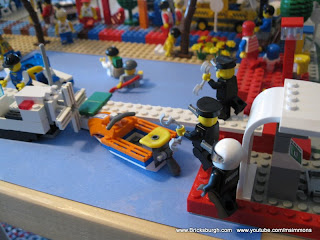 The police aren't about to let them get away.  You can see another police car waiting for them. 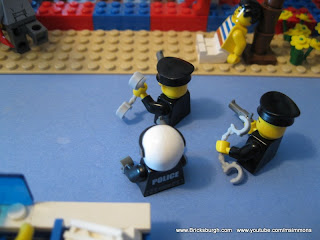 Good thing they're keeping those guns dry... though I'm surprised the sunbathing guy isn't more alarmed by all this. 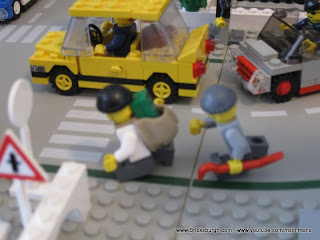 Back on dry land, the robbers have knocked over the waiting police officer and are trying to put some distance between them and the rest. 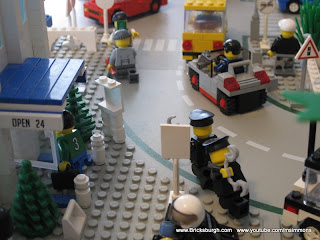 Cops are still right behind the thieves-- except for the motorcycle cop, he's tending to the injured officer. 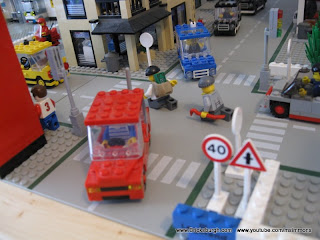 Whoa!  Looks like some drivers are caught by surprise when the robbers run out into traffic. 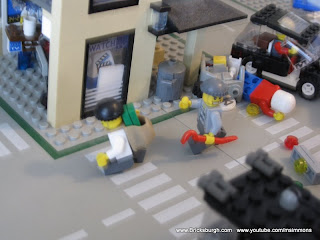 The robbers are just ahead of the accident they caused.  That ought to slow down the police for a few minutes! 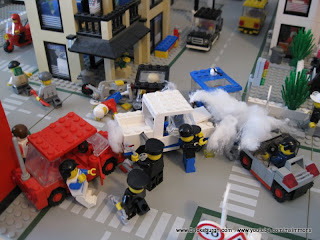 Carnage!  All sorts of cars get together in a chain reaction crash.  The police are stuck on the other side of the smoking wreck. 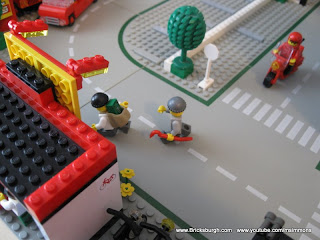 The robbers see the bike/skate shop and run into it to get away. 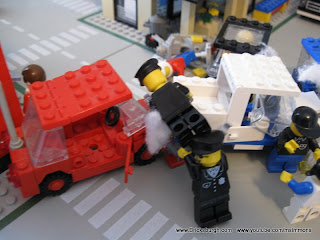 The police are trying to climb over the wreckage but it has really slowed them down... they are way behind now. 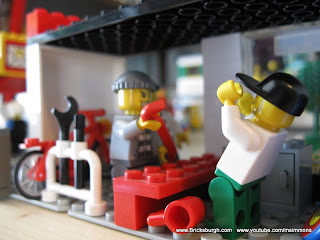 Meanwhile, the bad guys are in the shop and have scared the owner into dropping his coffee mug. 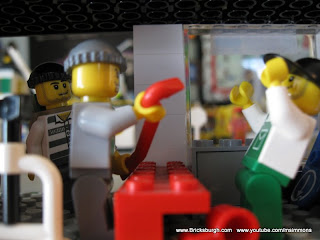 I'm not sure what they're asking of him... as the pictures ended after this.   My guess is Tyler decided they would steal bicycles and pedal off into a life of leisure as they live off the ill-gotten money.