It's hard running a civilized town when the locals become zombies... made only worse by the well known fact that zombies don't stop for red lights.  Luckily for this unfortunate cab driver, the police are ready-- but ultimately our zombie friend still hasn't learned to follow traffic laws and does not use the crosswalk. 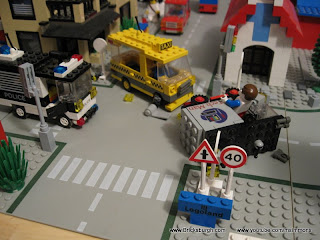 Police are chasing the stolen TechMan van when it runs a red light and gets hit by a taxi. 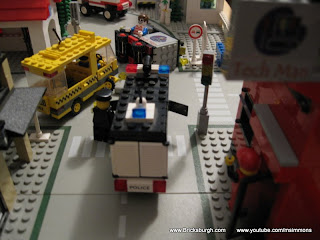 The taxi driver thinks this is just a typical traffic accident. 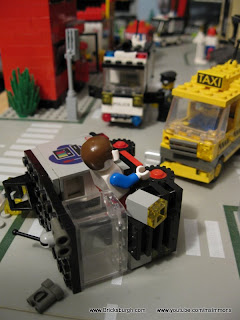 As the zombie slowly rises from the wrecked van, the taxi driver realizes his mistake! 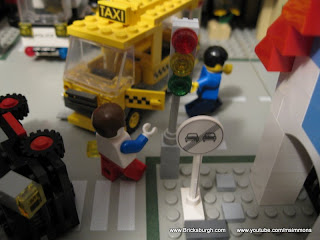 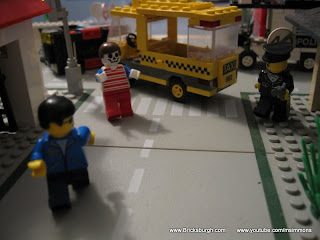 The police are ready to stop the zombie... 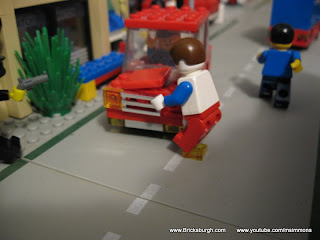 ...but another civilian takes care of that for them. 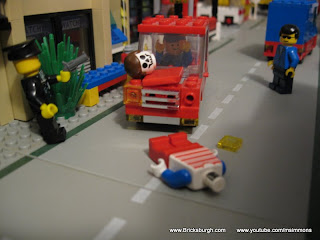 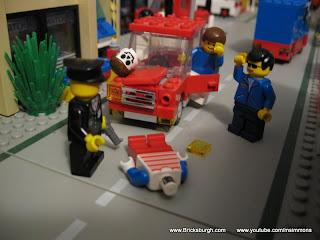 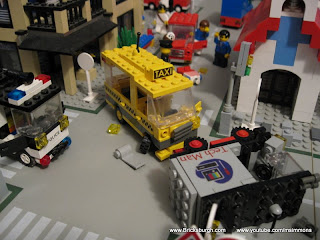