The One That Got Away

Over the course of about a week last Fall, Tyler and I played two sides of a jail escape in town.  I was the prisoner who broke out of jail and he was all the police trying to catch me.  We'd make measured moves each day (sort of like a chess game) and left video messages to each explaining what had happened.  It was kind of fun and quite unpredictable but the combined video messages aren't really good enough to share.  HOWEVER, the pictures tell the story pretty well and I thought you'd like seeing them.  So here's the story of how I ran from the police: 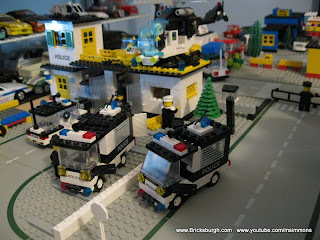 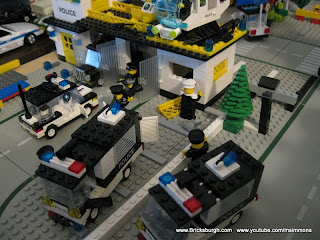 First of all, Tyler discovers that I'm broken out of jail.  He sends his investigators to the scene. 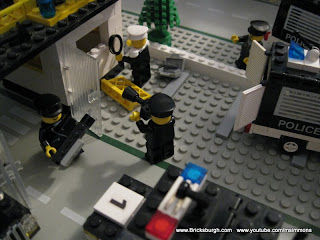 They take pictures and try and figure out where I could have gone, but even after examing the evidence they're no closer to finding me...  until they check the security camera's tape. 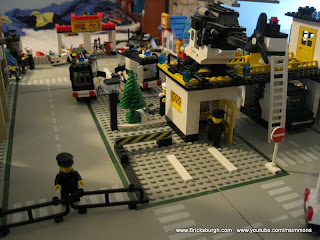 Realizing I couldn't have gotten too far, they start blocking off streets and setting up a perimeter. 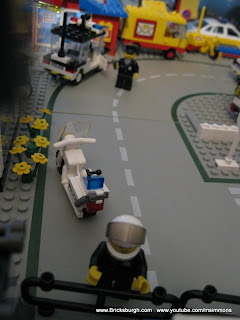 With the barricades in place, they begin a more detailed search of the area. 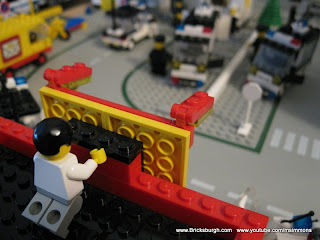 From my hiding place I can see them but they can't see me... I must be patient. 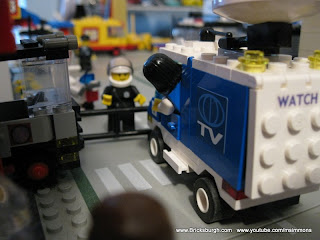 The local news is quickly on the scene and distracting the cops. 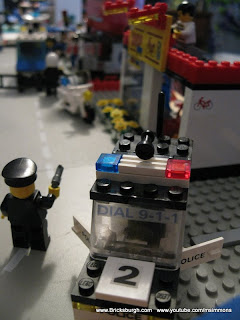 As the police search gets closer and closer to me... I know I can't stay on the roof much longer. 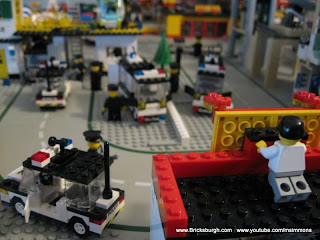 So I slip around to the other side of the building while the cop at the barricade is distracted by the news crew. 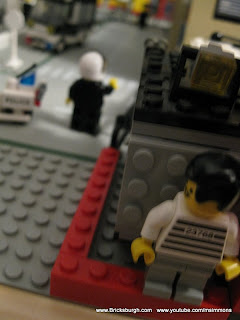 I try to break into the back of the TechMan's van but it's locked and the news van is blocking it in away.... besides, this street is completely blocked off anyway.
I manage to sneak around the back of the bike shop and post office and get into the postal truck (sorry, no pictures of those actions, but you can see the Post Office in the earlier pictures).   The postal truck is unlocked and I make my move. 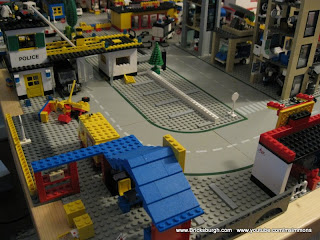 Crashing through the bus stop, postal motorcycle, and even the Police Station's garage door-- I speed through the garage and onto the city streets.  The police officers jump in their vehicles and give chase, but I have a big head start (you can see the police van in the top corner of the picture). 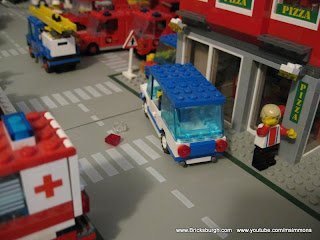 I come around this corner too fast (postal trucks don't turn very well) and sideswipe this white and blue station wagon... 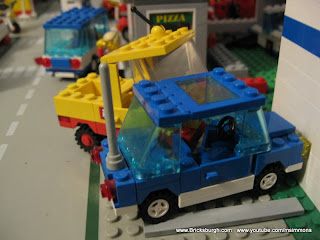 ...which bounces the postal truck into a guardrail and then back across the street into this parked car.  I'm back running on my feet again. 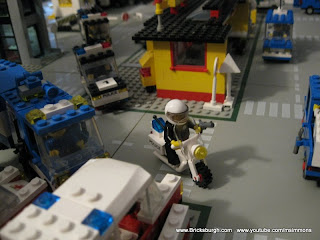 The police are catching up to me-- hot on my trail. 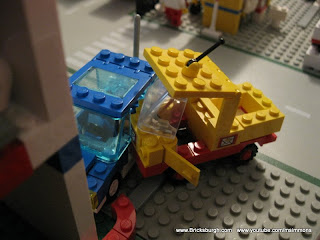 I've left a pretty BIG trail for them to follow, but I'm no where in sight. 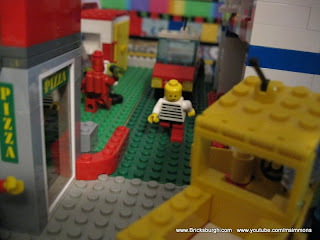 Wait--  there's a man in a prison shirt running back out of the alley! 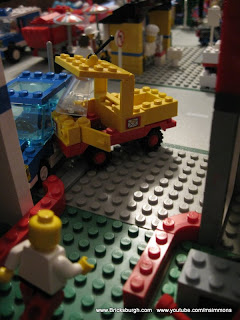 He's greeted by the police when he runs out into the street-- but it isn't me!  I'd stolen a police gun out of one of the parked police cars and used it convince this motorcyclist to change shirts with me.  It takes the police a few minutes to realize they DON'T have their man! 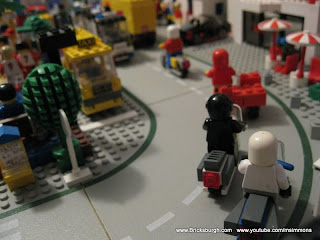 Being armed and dangerous, I've stolen the motorcyclist's bike and forced his friends to come ride with me.     I'm the guy in the back with the white shirt and (if you look closely) the gun in my right hand. 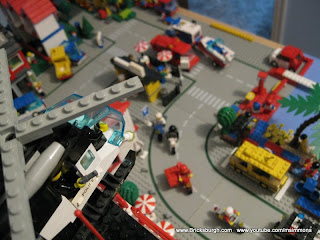 The police know they're looking for a motorcycle rider now and are using their helicopter to direct ground units to catch us... but which one of the motorcyclists is their fugitive??  I command the other riders to turn onto different streets... to spread us out the police have to split up and catch us all. 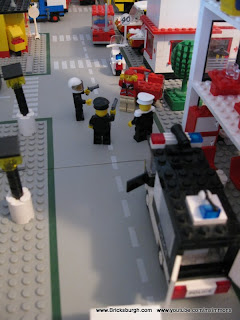 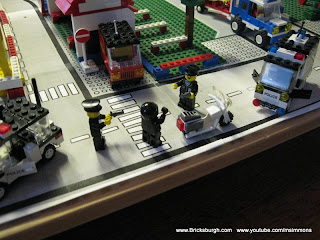 Not this one either.... that means it must be the motorcycle that went to the airport! 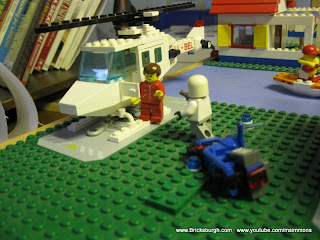 Meanwhile, I've already found a helicopter with a pilot who will take me to safety...  and I'm way ahead of the police! 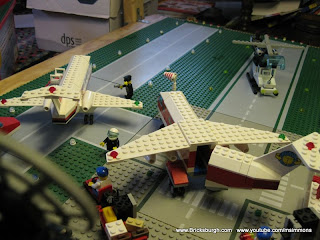 The police land their helicopter on the runway and tell the control tower to stop all flights as they search the planes... but it's too late.